The members are meeting weekly using zoom, and discussions have been held to possibly begin meeting in person again in the near future. We have had to cancel many of our long time fundraisers due to the pandemic, but Kiwanis is still here in town! We are holding a CASH CALENDAR fundraiser so we can continue to give to our many supported causes. Click on the Fundraisers tab for more details and to purchase a calendar ... only 250 will be sold, so get yours today!

Coming up in August will be our Golf Tournament - more details to follow!

We had the occasion to thank outgoing Immediate Past President, Dale Julius for all his efforts this past year. And welcome, among the new President, Al Anderson. 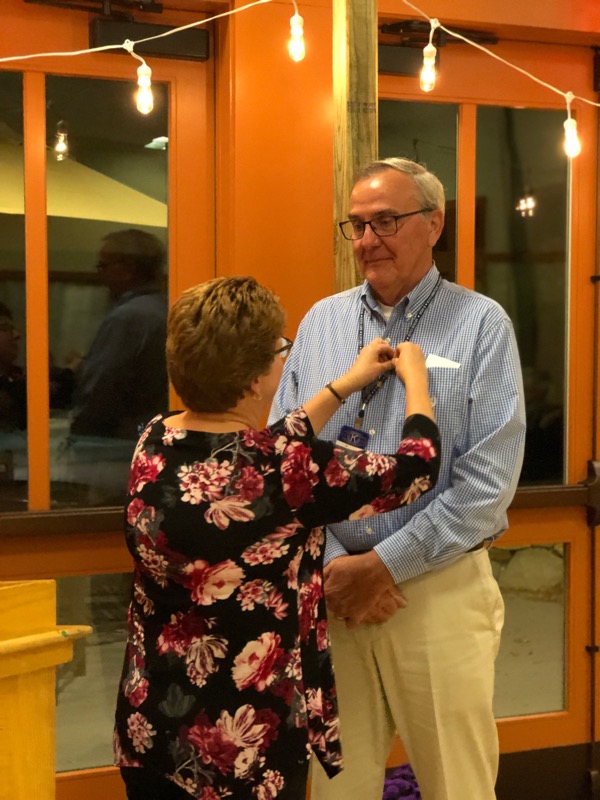 We had the distinct honor of recognizing former Massachusetts State Senator, and Past President, Robert McCarthy with the Kiwanis Legion of Honor Certificate and Pin. Robert has been a Kiwanis Club member for 50 years. What an amazing fete, Bob! 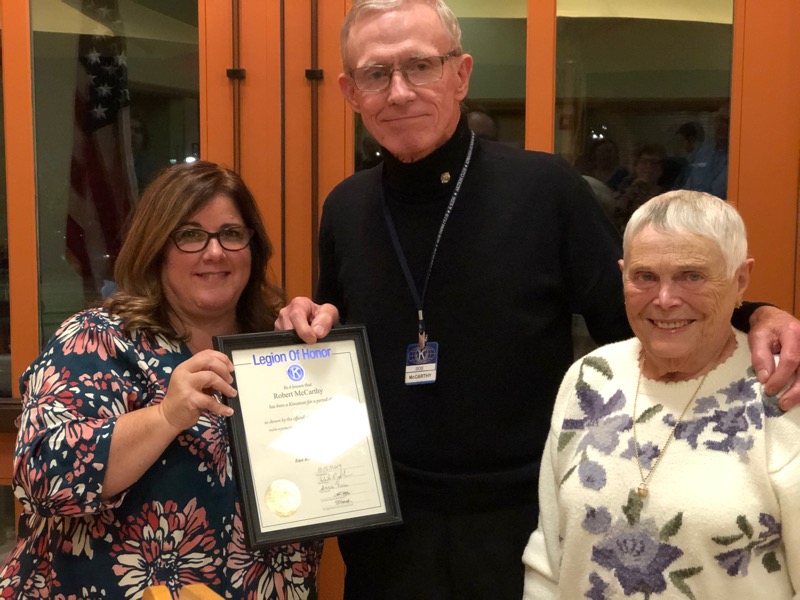 It was an evening of fun and laughter with our Kiwanis Family.

Here is a list of the slate of officers.

Directors for One Year

Here are some photos from the evening. 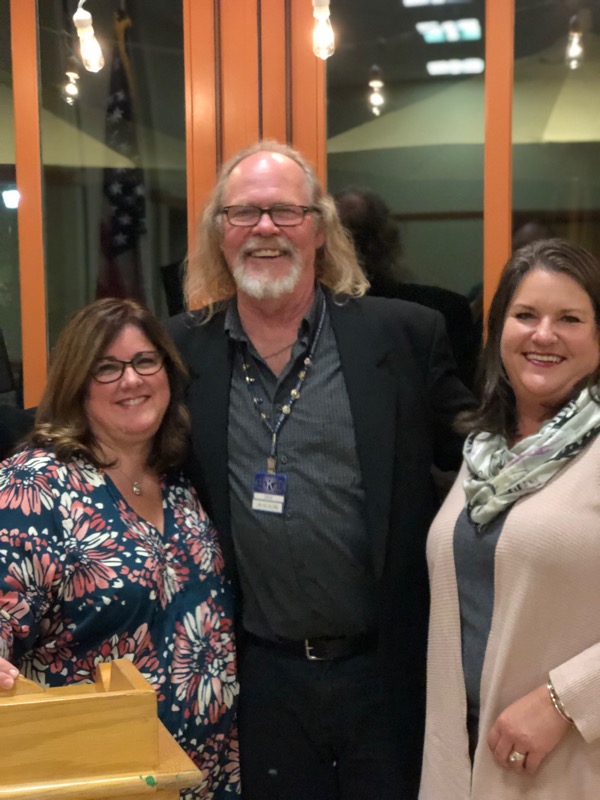 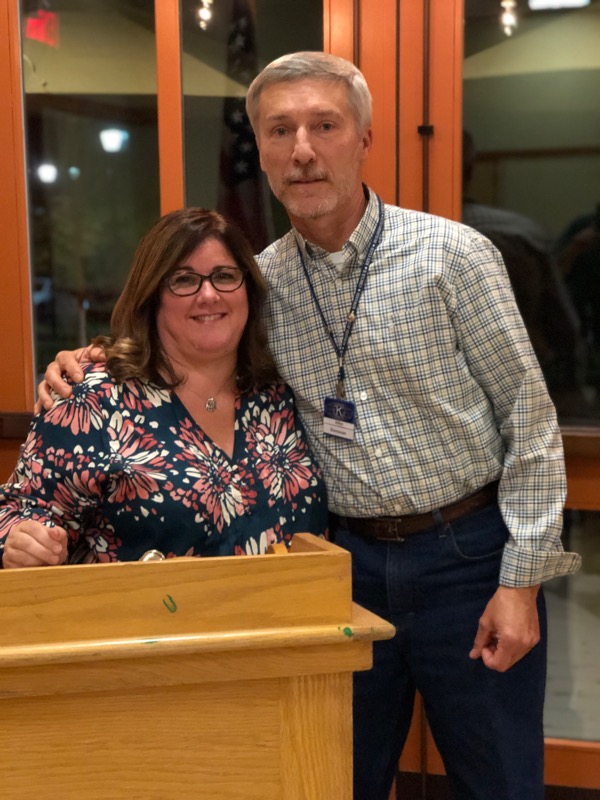 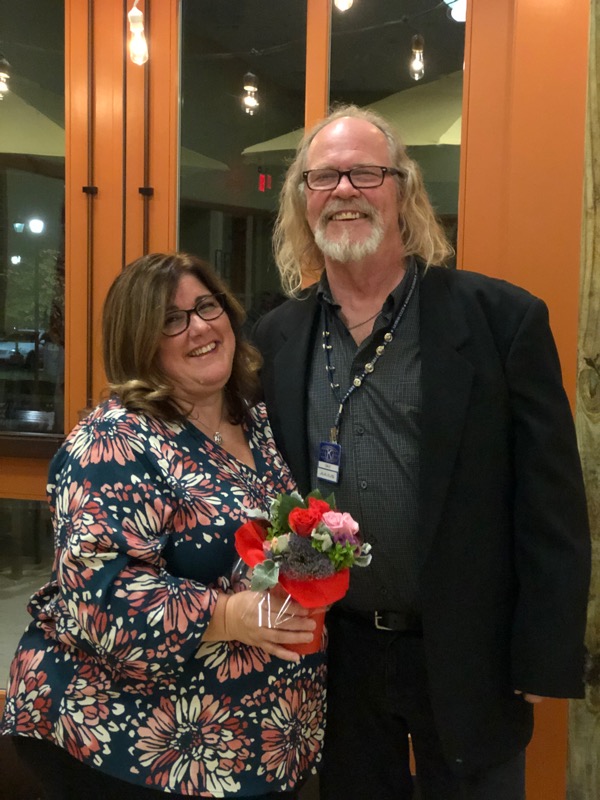 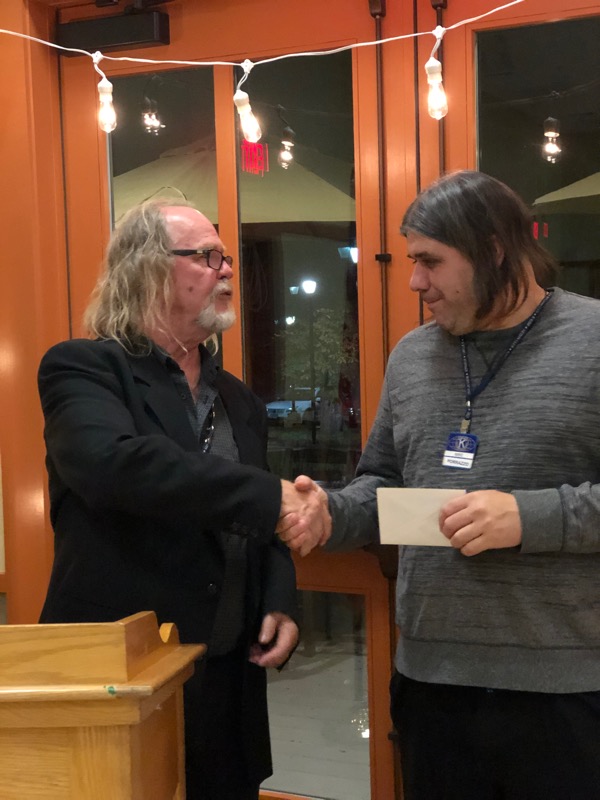 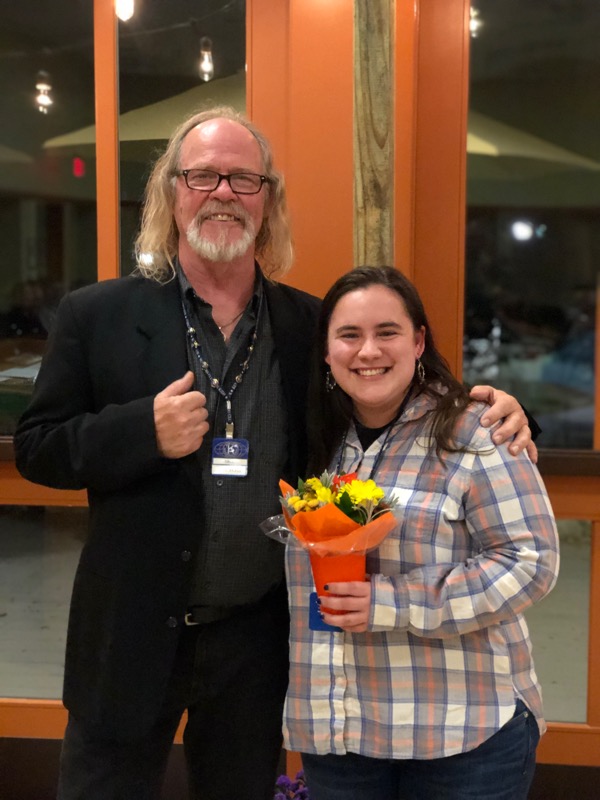 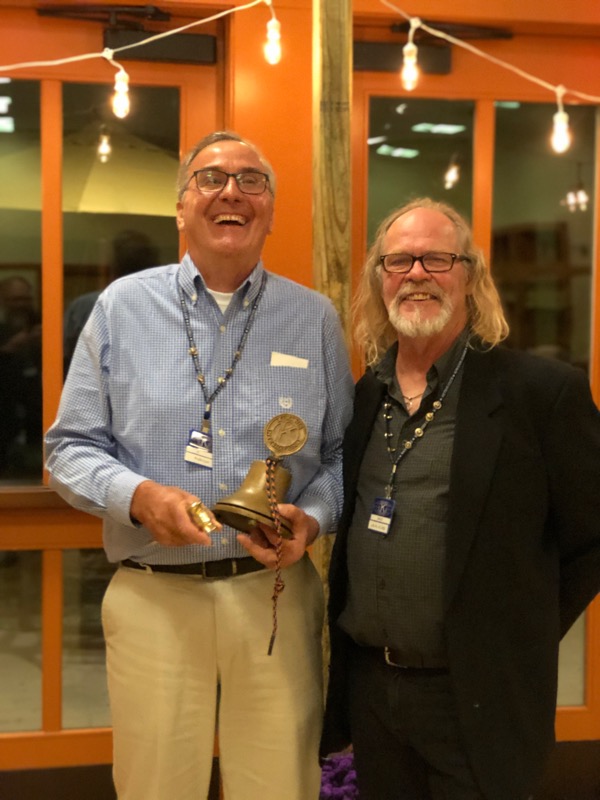 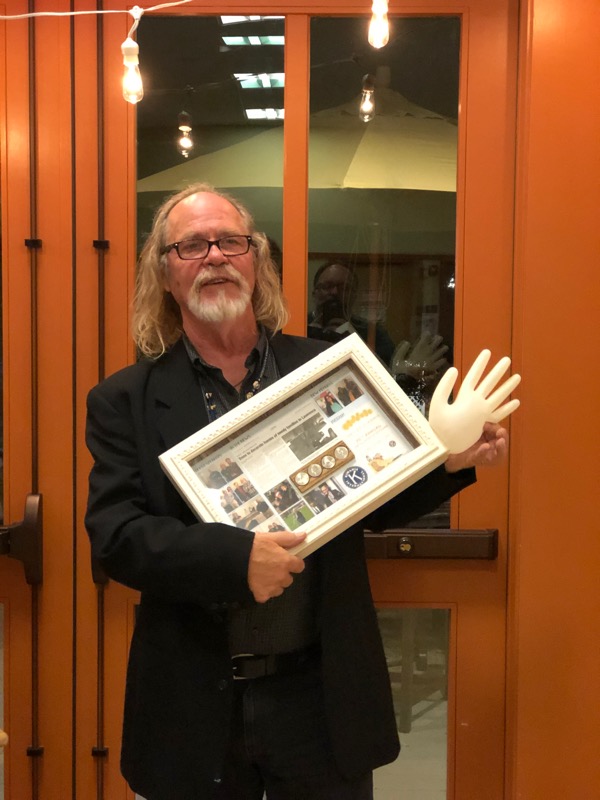 We are always looking for new members to join our growing family, please reach out to a member or write to us at [email protected] We meet weekly, on Thursday Evenings from 6:30 - 8:00 PM at TJ Smith’s 13 Cross Street, East Bridgewater. 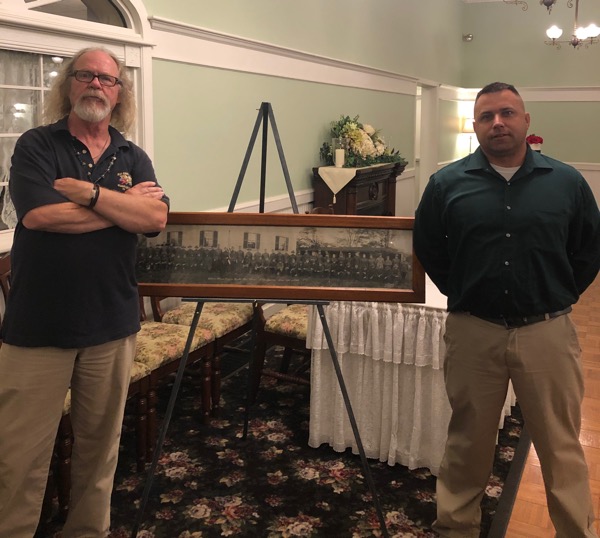 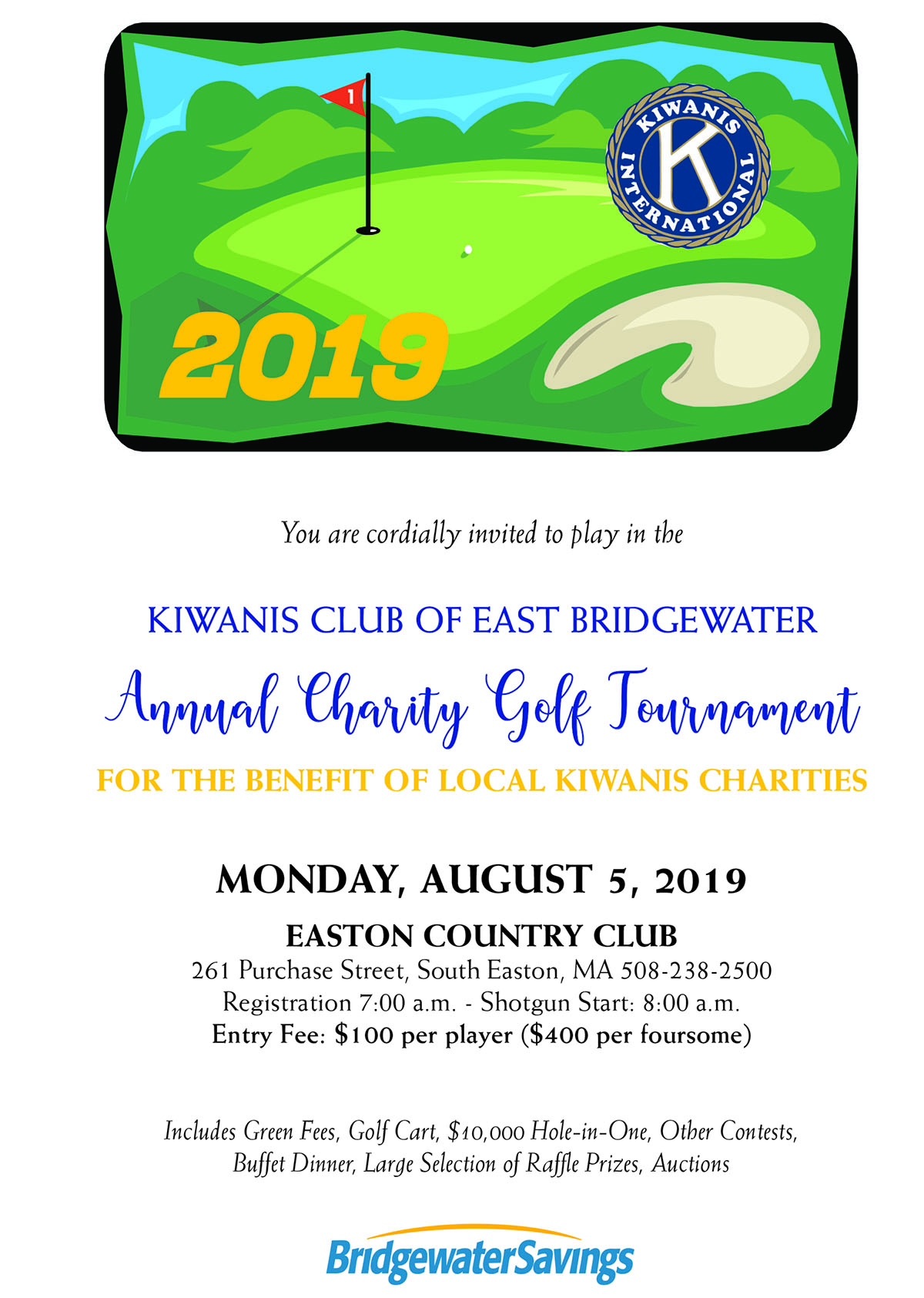 The Kiwanis Club of East Bridgewater would like to thank and acknowledge the following Businesses and Individuals who have signed on to be sponsors for this year's Charity Golf Tournament Sponsors.

As a reminder, the Tournament is Monday, August 5. Sign up sheets with all the information plus an additional special insert honoring Roger Boucher is also available here:

Some of Myles favorite club activities include working at the Pancake Breakfast and helping out with Christmas Tree sales during the holidays.

Member Phil Bouldry was born in nearby Brockton and lived in East Bridgewater since that day until 1977. He attended East Bridgewater public schools through to graduation. Phil is a singer/songwriter and has played in numerous bands over the year. 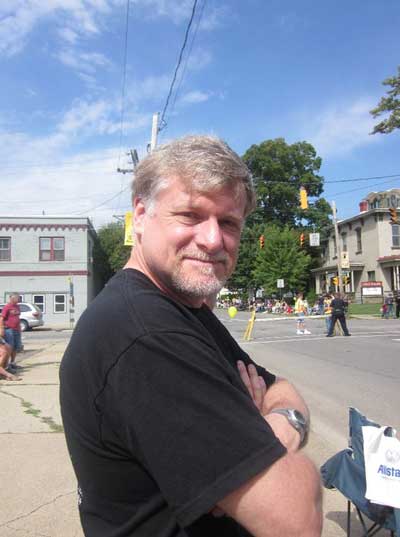 Phil became interested in Kiwanis Club after a conversation with member Frank Underhill. He attended meetings for several months before joining. In 2019 Phil served on the Board of Directors.

Phil really enjoys the camaraderie between the members and still enjoys singing God Bless America, reciting the Pledge of Allegiance, and the opening prayer prior to each meeting. .

His favorite Kiwanis club activities include the Pancake Breakfast and Christmas on the Commons.

Flags for Sale from our Annual Field of Flags

As you may be aware, The Kiwanis Club of East Bridgewater hosts the  Field of Flags event each for Veteran’s Day. Donations are raised to purchase each of the 1000 flags that are placed in our town Common. All of the flags are made in the USA and are the same style flag that are used at Arlington National Cemetery. We are proud to announce that retired flags from these events are being framed, complete with a certificate of authenticity, and are now available for sale. 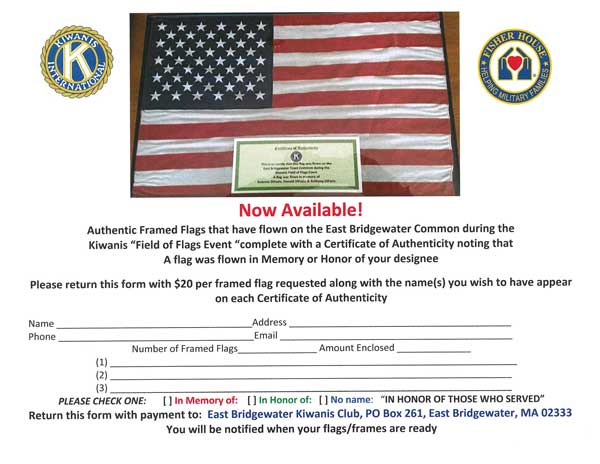 The funds from the sale of these flags mainly go toward replacing old and/or damaged flags.

If you are interested in purchasing a flag or flags, we have posted an order form on our Forms Page

Flags can be purchased: “In Memory of,” “In Honor of,” or simply “In Honor of Those Who Have Served.”

For questions or more information write to us at [email protected] or fill out the contact form on our Home Page (at the bottom).

Past President, Tom Rudolphand  was born right here in East Bridgewater in 1947. He and his wife, Jennifer whom he married in 1969, still live here. Tom has two children, Allison Hennequin and Dr. Rosemary Botelho. 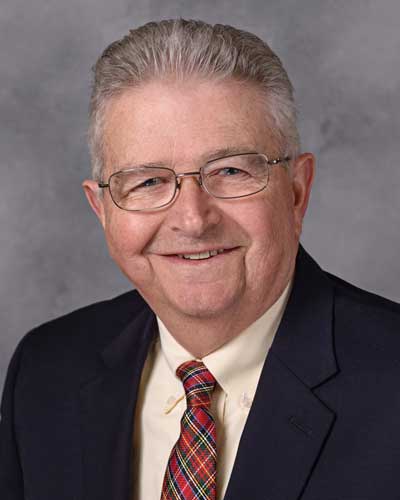 Tom estimates that he joined the club in 1994 and has served as Director in 1996, First Vice President in 1997, President Elect in 1998, and President in 1999. Tom’s especially enjoys the weekly meetings when the club has guest speakers. Tom always helps out a the club’s events like Christmas on the Common, The Charity Golf Tournament, Veterans Appreciation Night, and the Field of Flags.

Distinguished Past President, Carole Sammons Julius was born in Stoughton, and raised in nearby Brockton. She has lived in East Bridgewater since 1997. But her connection with the town goes back to 1988 when she started working in the East Bridgewater Public Library. 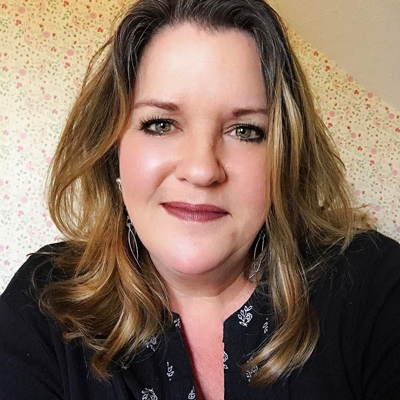 Carole is married to current President, Dale Julius and their children are all graduates of East Bridgewater Public schools. Carole and Dale used to dine at T.J. Smith’s regularly on Thursday nights. And they would hear the Kiwanians at their meetings and she thought they always sounded like they were having so much fun. They knew many of the members and were often asked to join. They received an invitation to attend a meeting because their daughter was in the Key Club and they decided to accept the invitation. They really enjoyed themselves and felt like the Kiwanis Club provided a real feeling of community – just what they were looking for. So they both joined in May of 2009.

One of the Kiwanis events Carole especially loves is the tree lighting every December. “It’s such a wonderful way for our community to come together and welcome the Christmas season, to put aside lists and obligations, and listen to beautiful music and enjoy the pretty lights. It’s a real Hallmark movie moment that I simply adore.” She also really loves Scholarship Night, when the graduating high school seniors who have been awarded scholarships from the club come to our meeting and tell us about their future plans.

Carole sums up her feelings about being a Kiwanian this way:

"I love the way Kiwanis maximizes my charitable dollars. If I make a donation of cash or time to something it’s not going to go very far but when I put money and time together with lots of other people’s efforts it can really make a big impact on the community. I’m proud of the support we give to our local food pantries and veterans, too."